Jack Herer for sale. Jack Herer was a lifelong cannabis activist. He authored the non-fiction book The Emperor Wears No Clothes, which talks about the many beneficial uses of the plant he collected over years of compiling historical data.

The strain called Jack Herer is a tribute to the activist and was first cultivated under the care of Sensi Seeds. Its genetics remain a mystery, but it’s often found in dispensaries due to its appealing flavor and effects.

Once you open up a bag or jar of Jack Herer, you’ll be greeted with a light floral scent having undertones of fresh soil and lemon zest. The most notable characteristic about this strain is its vivid orange pistils scattered throughout light green flowers. A dusting of crystal trichomes gives is an even lighter appearance when it’s been cultivated properly.

Despite its odor being mild and its appearance seemingly like your average cannabis nug, its ideal for cannabis consumers that are looking for a balance of effects. It’s been dubbed a “wake and bake” strain, and is reputed to increase energy while relaxing the body just enough to want to keep moving. Buy Jack Herer online.

Users say Jack Herer offers a mellow high accompanied with focus, so anyone pursuing creative tasks or conversations may benefit from this strain as cerebral activity enhances. It has been acclaimed by users for improving visualization and brainstorming, while some like to use it to reduce the symptoms of migraines, headaches, and stress. Be careful consuming it too late in the evening as it could keep you from falling asleep.

Overall, Jack Herer is a favorite for both newbies in the cannabis world as well as veteran consumers. Four phenotypes of this strain exist, making it one of the more diverse strains you’ll see on the market with two leaning towards indica traits and two leaning towards sativa traits.

Jack Herer cannabis strain is a Sativa dominant created in Netherlands in mid 1990’s. This weed was named after famous cannabis activist and an author of “The Emperor Wears No Clothes”, infamous Jack Herer. This is a very good daytime and first time use cannabis strain. This bud is an instant mood picker upper and energy booster. Jack Herer marijuana strain is a winner of numerous awards, holding its popularity to this day among many users.

There are no reviews yet.

Be the first to review “Jack Herer” Cancel reply 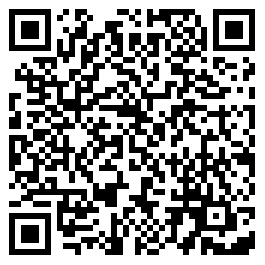 We use cookies to ensure that we give you the best experience on our website. If you continue to use this site we will assume that you are happy with it.Yes, I'm Accept